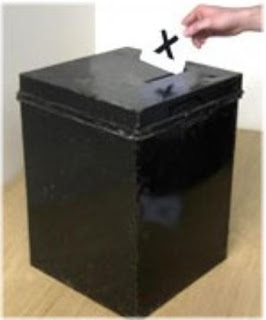 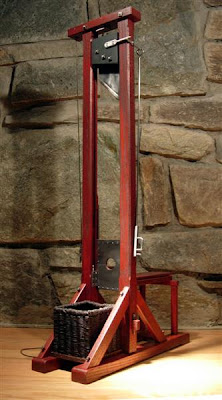 In a series of debates on socialism published in 1914,  John Basil Barnhill said:


It is self evident, from correspondence I have seen to day, that neither
The Petition Campaign for an EU Referendum
nor
The EU Referendum Campaign
see their initial aim as THE goal.


There will be teething problems as it is early days for both and there will be little mens big egos to deal with as they feel their days of being taken seriously slip away for them, having endlessly provided Einstein with his proof that:


'To repeat the same experiment over and over again and expect a different result is a sign of madness'.


I can not promise but I do believe we can make this time different.


You will remember the contempt with which Tony Blair sneared at the electorate when over 1,000,000 marched through London - at his first available opportunity on his feet in The House of Commons he proudly announced this showed that 60,000,000 people in Britain did not march and they were content.


Some may remember his open mic. error when he retorted:
"F**k the electorate"
well he surely did!
He also stuck us with both the bill and the body bags!

It was then that it was made plain for all to see that we lived in a 'tyranny' as the Government had no fear of the people and it was this knowledge that gave him such contempt for the British peoples that he lied to Parliament, he lied to our Monarch and he used our troops as an armed force to carry out his personal goals for his personal ego - his lies led to Crimes Against Humanity and the slaughter of over a Million people - making terrorism on our streets a justifiable action for extremists.


With your help there are 4 differences this time:


01.
We are working together - not joining together each individual can take what action they believe is best, in this co-operative venture - whether that is making presentations to the press, lobbying MPs and other Politicians, showing that MPs, Councillors and MEPs seats will fall in disaray if they fail to represent the will of the people.


02.
We are taking actions which are complimentary as separate organisations acting in harmony and co-operation, I for one am not nor will I be a member of any of the organisations but I will help any Patriot in any way I can to regain our Liberty as a free peoples with sovereign self determination, with our own borders, controlled by our own peoples and SERVED by our own politicians, that we can select and elect AND if they do not Serve in accord with their duty that we can Recall.


03.
But in the background we have a core of people - who will NEVER be known putting together a structure, plans, vison and the very machinery of Government with a national organisation below the radar with organisers and Patriots across these United Kingdoms who are aware that our enemy is NOT membership of The EU, it is NOT some nebulous New World Order, it is NOT Globalism and it surely is NOT Common Purpose or Free Masonry. They bring each their own betrayals and self serving self interest.


Our Country's enemy is a self styles, self serving, self appointed Political elite backed by the betrayal of these United Kingdoms by The Mandarins and minions of The Civil Service and Government, funded by YOU for Your enslavement and their luxury life styles and feather bedded pensions.


As OUR Monarch said: "The enemy within".


04.
Patriotism being carried out by gaining an initial 100,000 signatures with The Petition Campaign for an EU Referendum the delivery of that petition to Downing Street and to The Petition bag of The Speakers Chair is the first step in raising the publicity stakes to show we are NOT going to go away EVER.


Meanwhile The EU Referendum Campaign will be working to gain pledges of support and making MPs, councillors and MEPs aware that their constituents will NOT quit and DO threaten their seats.

Yes its all been done before but as we move towards our FIRST Million signatures, which is only a matter of collecting 100,000 9 more times, more and more people will become aware and signatures will snowball.


Be oh so minded of this FACT when you reflect upon OUR Governments betrayal to the rule of aliens centralised in The EU under the malign New Constitution The Lisbon Treaty in all its irrelevant, unlawful dishonesty.

IF YOU DOUBT that when The Government fears the people they have Liberty be minded that OUR Government and its parasites are currently not only funding the polygamy of Islam and its practices, but permitting variance of our planning laws for specific sectors of those who DEMAND, and also permitting the influx of Sharia Law not JUST to take precedence over British Law for they betrayed that many years ago to the corrupt and undemocratic concepts of Justice from the top down as a 'system of REPRESSION' under The EU's 'Corpus Juris' - but also precedent over the risible Justice of The EU.


Donations will help fund advertising (Can you fund 3 x 1/8 page in the Express for Patriotism just send us a cheque for £20K - or would you rather fund your enemies in taxes?).


We need only do this 30 more times and we will have the entire adult population working for a free, Fair, Informed Britain and Patriotic Liberty.

We seek the fundamental Human Right of Freedom of Self Determination and it WILL be delivered.


'The Enemy Within' would be wise to feel a frisson of fear for we will have Liberty.


Our aim is Liberty and we will do what it takes - Some may parlez, some may protest, some may be hard to hold back from violence - But we will have OUR Liberty, we will appoint our own Servants and they WILL Serve us.


We will NOT be bought off with a pat on the head and the assurance that our self serving Political elite and their neophites know best.

We will NOT be bought off with Aesopian language and NLP with their wording for a Referendum and their control of the budget and the media for OUR Referendum.
It will be a FAIR, Informed and EQUALLY FUNDED Referendum.

Do not forget that currently these United Kingdoms are NOT a Lawfull part of The EU as it has been openly admitted that Edward Heath and others of the self styled political elite not only lied to the British Peoples, Parliament and The Queen in Parliament but did so deliberately.


Edward Heath stated before the Nation in a David Frost interview that when he said 'There will be no essential loss of British Sovereignty'
he deliberately lied on behalf of the Government as they believed that if the British peoples knew the truth they would vote NO in the Referendum to enshrine The Treaty of Rome in British Law.


This ignoble betrayal was repeated on the floor of The House of Commons.


We were outright lied to and lied to with intent to deceive - Britain's authorisation of The Treaty of Rome is thus Null and Void.


Since no subsequent vote of the British peoples has been taken and all subsequent Treaties are merely ammendments of the former these United Kingdoms are NOT bound by said agreements or Treaties.


Thus for our 'Enemy within' to surrender £48 Millions per day of OUR money not only to a body ultra vires to British law in that it does not keep and present adequate legal books and accounting but which has no legal status in British law.


The money is therefore the passing over, by 'The Enemy Within', of stolen money obtained by deceit and handed to an illegal organisation under British Law.


That is not for one moment to fall back on our perfectly valid British Constitution which as recently as the last Government clearly stated that The Magna Carta was NOT an arcane document but a part not only of our heritage but also of our law and valid to this day - I quote The Rt. Hon. Jack Straw in his position as Foreign Secretary.


I am happy to engage with anyone who wishes to debate the issues of Treason and the invalidity of setting it aside under the terms of our Constitution.


Yes THIS TIME it is different because behind the activities of

The Petition Campaign for an EU Referendum
and
The EU Referendum Campaign
There is a Vision, an emerging Plan, a Determination to gain our Liberty by fair and legal means but be minded Liberty is achieved via One, Two, Three or Four boxes - let us hope 'The Enemy Within' has the good sense to permit the first two to avoid escalation to the Third & Fourth

The First Box is The Soap Box


The Second Box is The Ballot Box

The Third Box is The Ammunition Box


& may our Political elite and their parasites be spared the Fourth Box because:


The Fourth Box is A Coffin. 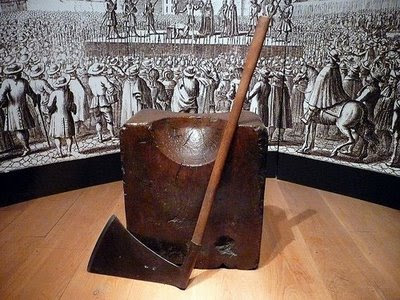 
Before you treat too lighty be minded to read CLICK HERE 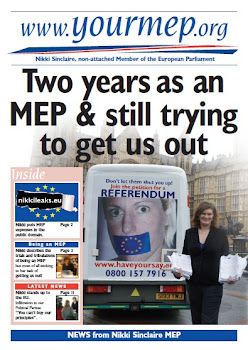 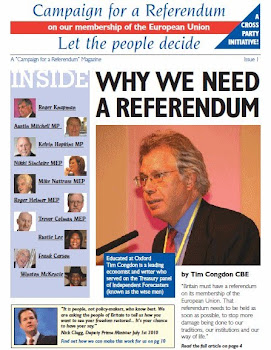 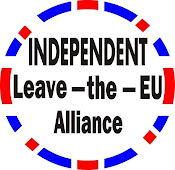 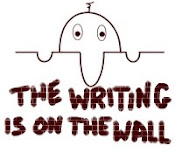